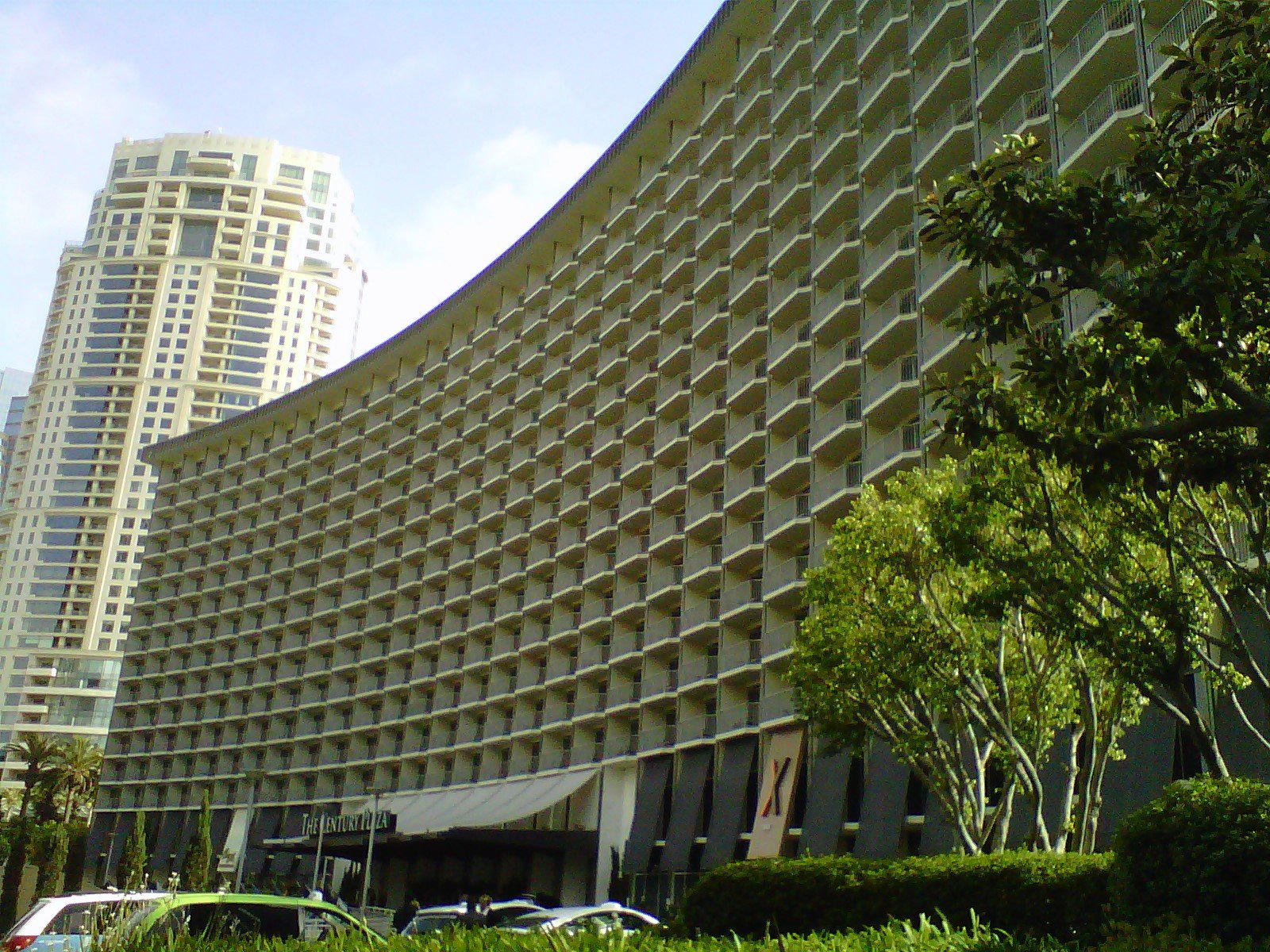 Tax Change on Mortgages Could Shake Up the Housing Market 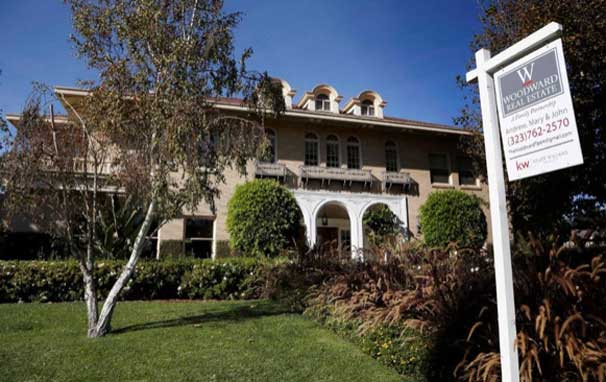 A Los Angeles property on the market in 2014. Provisions of the Republican tax plan could be a blow to owners, builders and prospective buyers of higher-end properties. CreditNick Ut/Associated Press

The Republican tax plan unveiled on Thursday takes aim at the most sacred of cows: the provision that subsidizes homeownership by allowing the deduction of interest on mortgage debt.

For most of America, the impact would be minimal. The proposed bill would make the interest deduction available on mortgage debt of up to $500,000 — half the current ceiling. But that is still more than double the median home price in the United States of roughly $200,000. Fewer than 3 percent of home mortgages are more than $500,000, according to data from CoreLogic.

But if the idea holds — and history suggests that will be difficult — it will echo loudly through higher-priced cities on the coasts. “The impact on the market is going to be recognizable,” said Ure R. Kretowicz, chief executive of Cornerstone Communities, a homebuilder in San Diego. “There’s going to be less incentive to build, and less incentive to buy.”

For the builders, it will also squeeze the high end of the market, where the biggest profits lie. The stocks of homebuilders fell sharply on Thursday: Lennar was down 3.3 percent, KB Home dropped 3 percent and Toll Brothers plummeted 6.1 percent.

To understand the vast geographical disparities of the proposal, one need only look at home prices. In the Houston metropolitan area, about 6.5 percent of homes are valued at more than $500,000, according to Zillow. In San Jose, Calif., more than 90 percent are, and in San Diego, Calif., it is 63 percent.

The proposed bill has no phase-in period; people who bought homes before Thursday could continue claiming the deduction on a mortgage up to $1 million, but after that, the ceiling is lowered by half. This will raise the overall cost of buying a home, and discourage existing homeowners from moving.

This is one more problem for a real estate business that has seen the homeownership rate fall to about 64 percent from its pre-recession peak of around 69 percent. Home sales have been sluggish of late, in part because homeowners who capitalized on rock-bottom interest rates are staying put, reducing the number of available homes for sale. The whittling away of the mortgage interest deduction gives homeowners one more reason to stay put, said Svenja Gudell, chief economist at Zillow.

On Thursday morning, hours after the proposal was unveiled, Redfin, a national real estate brokerage firm based in Seattle, started drafting a memo to its more than 1,000 real estate agents instructing them to ensure that prospective home buyers can still afford homes in their desired price range.


The Five Biggest Changes for Families in the Republican Tax Bill

Many families would receive a tax cut, but the benefits would be mixed, and some would probably end up paying more. 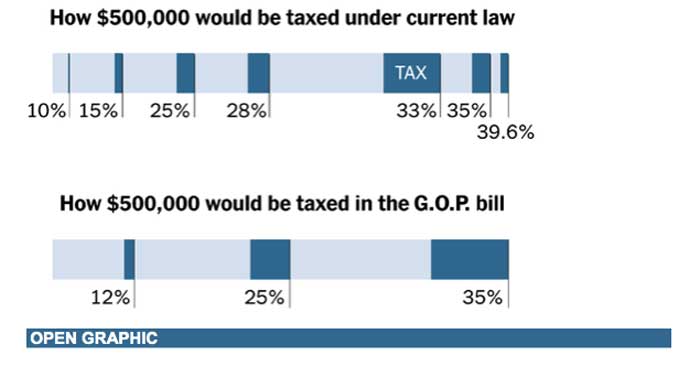 “There are people writing offers on homes today who have spent the past few days trying to figure out if they can afford a home, and we need to put them on notice that that might change,” said Glenn Kelman, Redfin’s chief executive.

“Might” is the operative word here. Many economists from both parties have complained that the mortgage interest deduction is wasteful and unfair. It favors homeowners over renters, rich over poor, and distorts the housing market and even migration patterns by encouraging people to leave smaller urban quarters for bigger and more tax-advantaged homes in the suburbs.

Even Mr. Kelman — a man whose fortunes are directly tied to commissions on homes bought and sold — said it could be hard to see the usefulness of a deduction that so forcefully favors one group over another.

You agree to receive occasional updates and special offers for The New York Times's products and services.

“The current tax code favors people who are buying a home versus the rest of America,” he said. “As a captain of industry, I would prefer more tax breaks to help people buy houses, but as a citizen, I realize someone has to pay.”

Nevertheless, the powerful real estate lobby has consistently beat back attempts to reduce or eliminate the mortgage interest deduction. On Thursday, William E. Brown, president of the National Association of Realtors, issued a statement signaling that lawmakers could expect a fight.

“We are currently reviewing the details of the tax proposal released today, but at first glance it appears to confirm many of our biggest concerns” about the tax plans making their way through Congress, the statement said. “Eliminating or nullifying the tax incentives for homeownership puts home values and middle-class homeowners at risk, and from a cursory examination this legislation appears to do just that.”

Edward Glaeser, a Harvard economist who has long been in favor of reducing the mortgage interest deduction, liked parts of the plan. His main concern was that by retaining the existing deduction for current homeowners, the bill would further reduce the propensity of Americans to move — not just to a better or more expensive home, but also to cities or states where job opportunities might be brighter.

“This effectively becomes a tax on selling a home,” he said.

To be sure, the tax proposal has a lot of variables that make it hard to determine exactly how it would affect any particular family’s tax bill. For instance, the standard deduction would double, a factor that would partly offset the loss of the mortgage interest deduction. But the deductibility of property taxes would be capped at $10,000, another provision that could weigh on the construction and resale of more expensive homes.

In any case, between the loss of the mortgage interest deduction and a separate measure to eliminate the deduction of state and local income taxes — something that would also disproportionately affect the higher-cost cities and states — the biggest losers will be most heavily concentrated on the coasts.

A version of this article appears in print on November 3, 2017, on Page A14 of the New York edition with the headline: Proposal Rattles High End of the Housing Market. 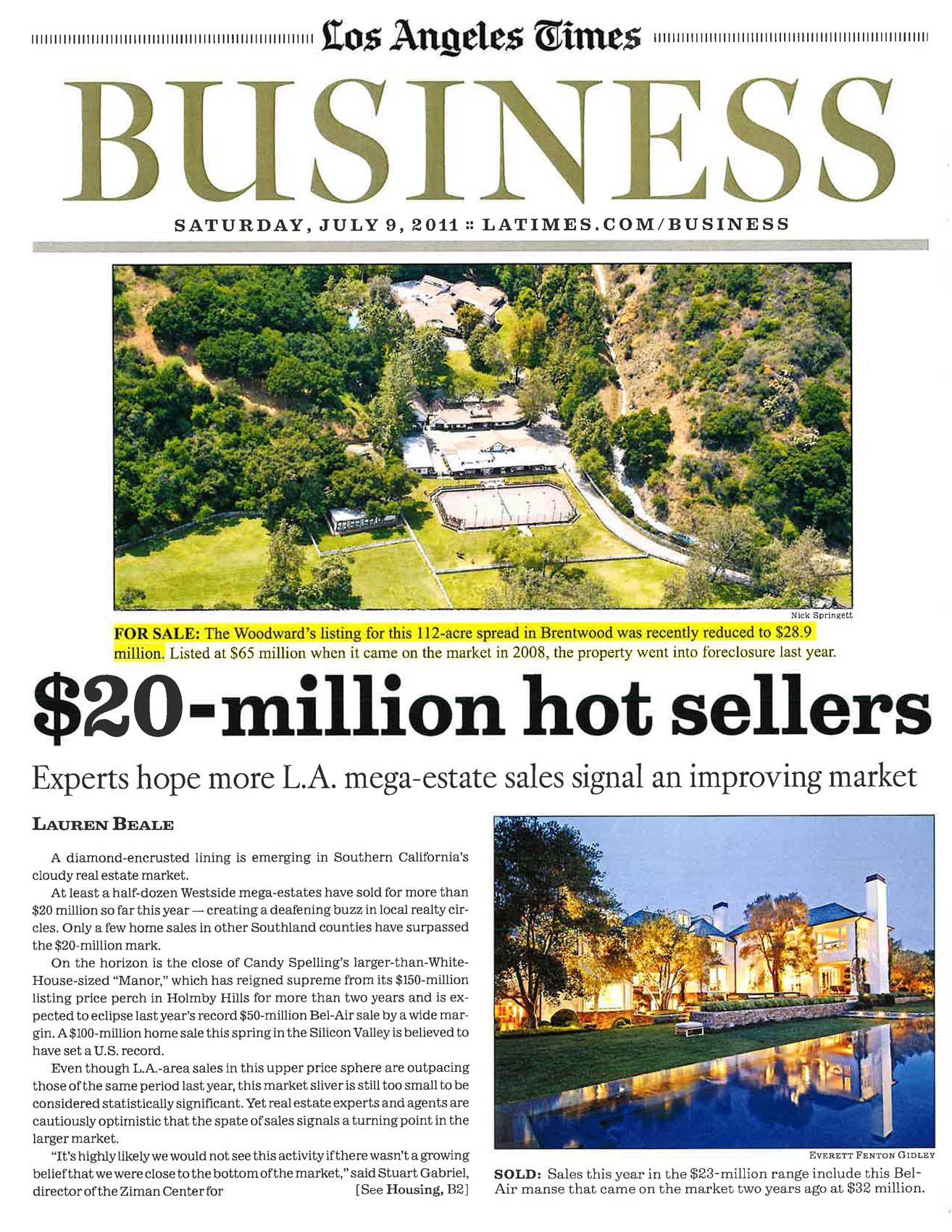 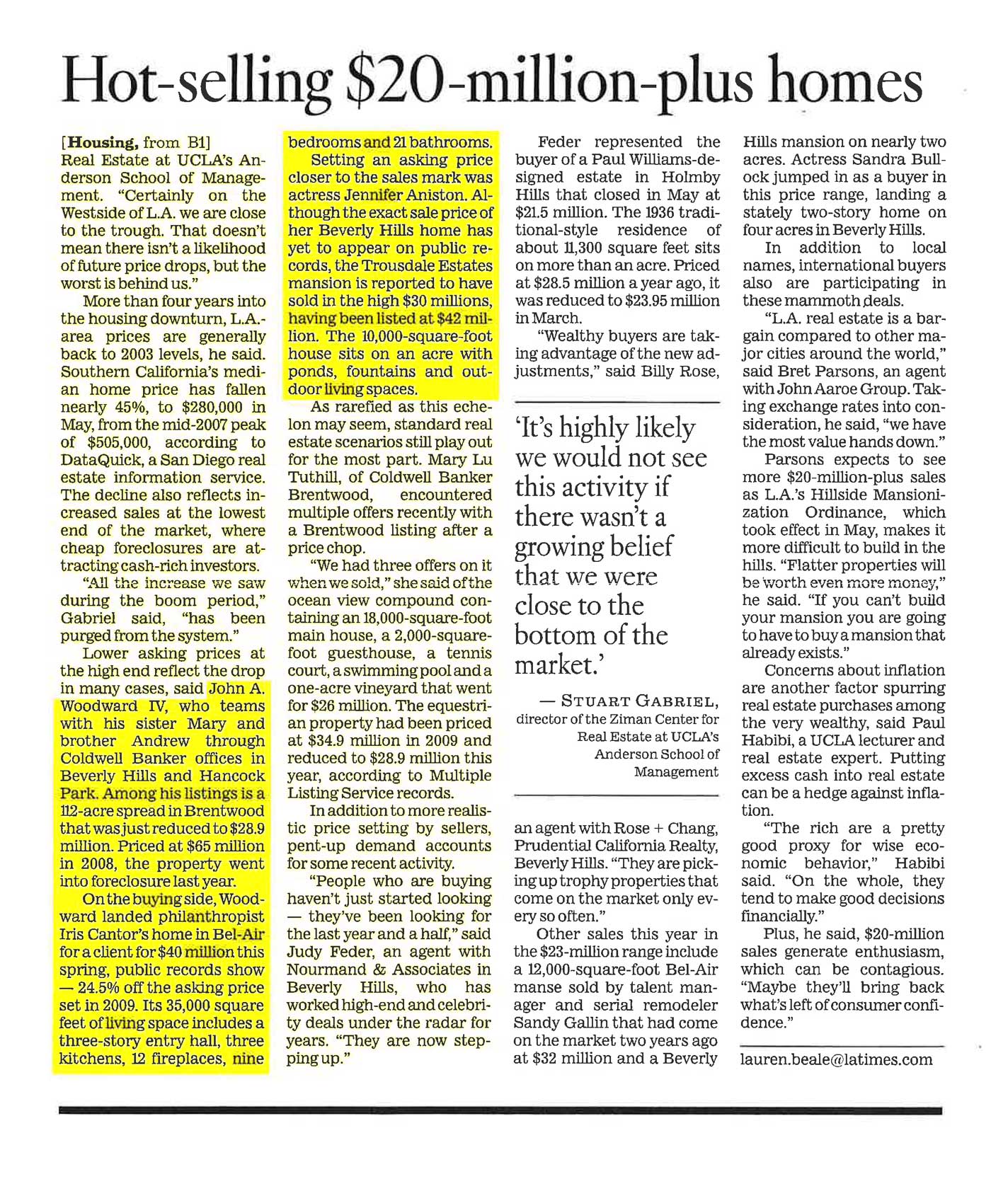 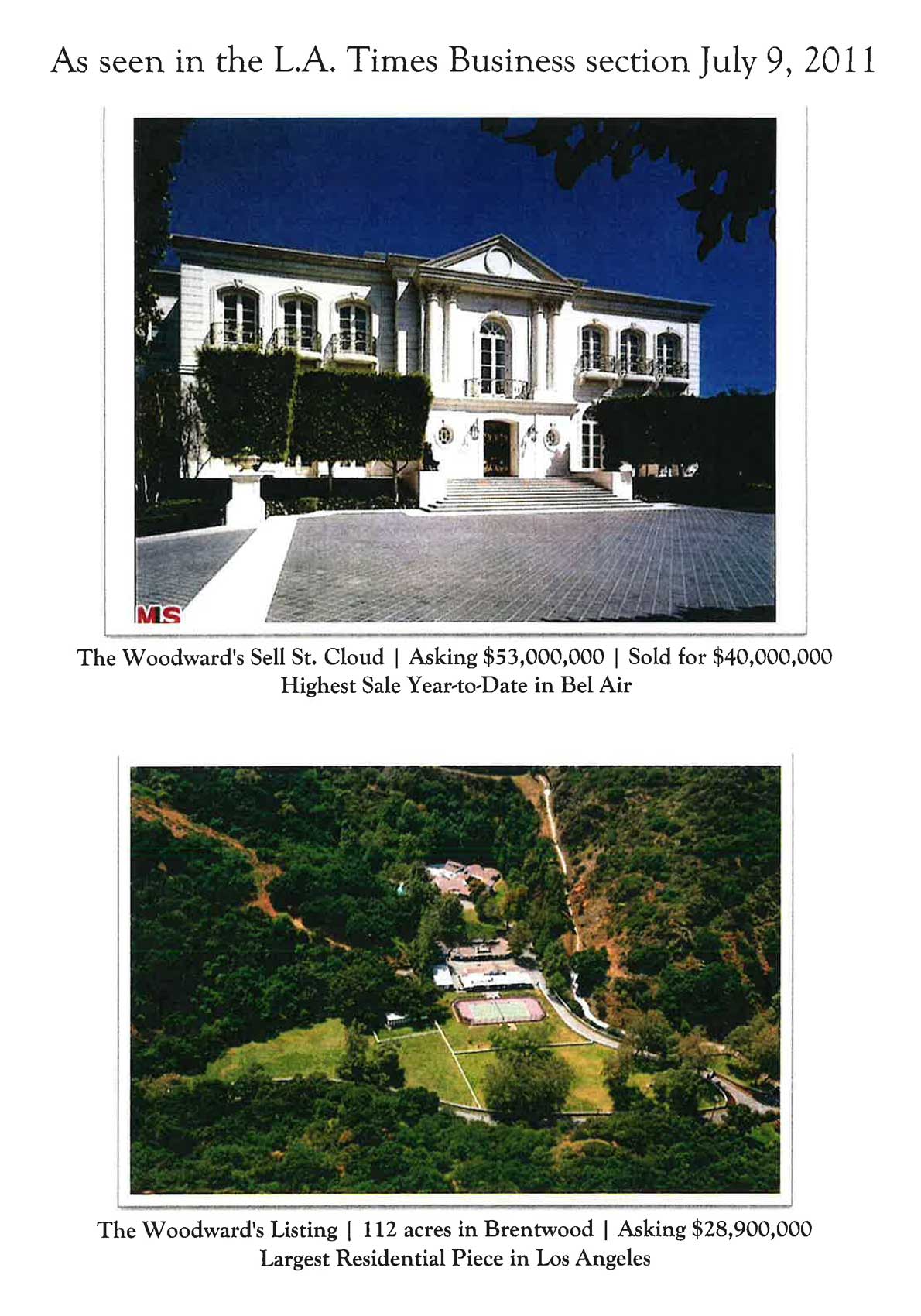